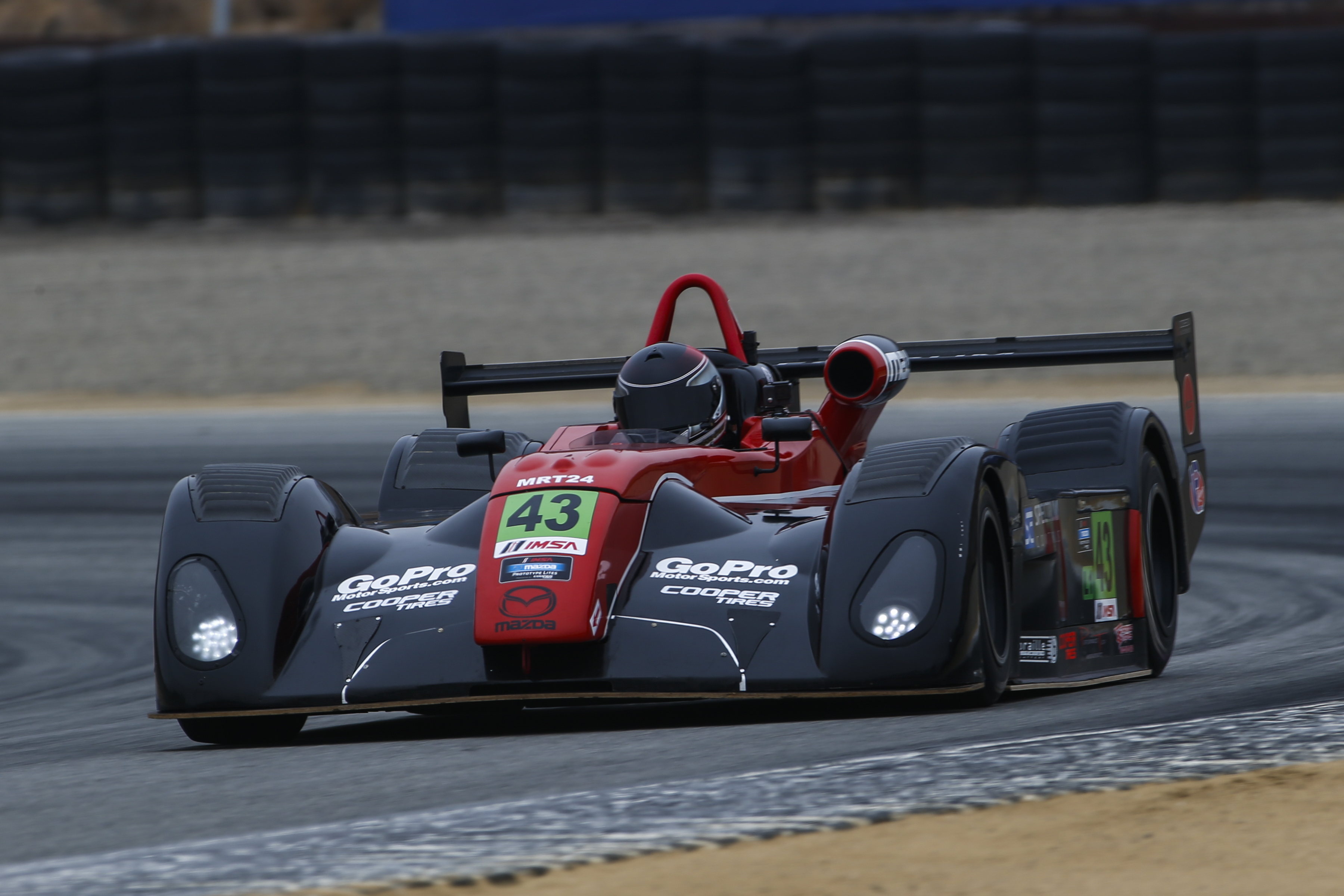 Posted at 20:08h in andrew evans by dominic
2 Likes

Evans, 18, has tested these fast and tricky cars at a few tracks earlier this year, but had never actually raced. After smooth practice sessions, he encountered heavy traffic in qualifying before they ended the session early, resulting in a 16th starting spot for the rookie in the first of three races that weekend. In the first race, he moved swiftly through the field and finished a strong 9th.  Starting 10th for race  #2, he again moved quickly through the field, gaining confidence and speed with every lap, and impressing many series regulars with a 5th place finish. For the final race in Sunday, Andrew started in the 8th spot and, and once again, moved through the field, displaying the same, smooth and steady style he has shown in every other racing series he had competed in. When the checkered flag fell, he once again finished 5th in a very competitive field.

The race at Laguna Seca is the first in what is planned to be a season-long commitment to drive in the entire 7-weekend, 14-race IMSA Mazda Prototype Lites Racing series in 2017. Sponsors to date include Spectrum Controls, MPJC, LLC, GoProMotorsports.com, Formula, Electra Meccanica, VR Motion Corp. and Concorso Italiano, along with several private supporters.

“The race was exciting and very important,” said Andrew. “Despite it being my first race, I felt very comfortable in the car and know I am fast enough race against the series regulars. I’m confident that we will make a strong showing in the 2017 Mazda Prototype season.”

Former Indy Car Driver Dominic Dobson, a veteran of many types of motorsports in his 20+ year career, is working closely with Evans, the 2014 Pacific F2000 Series Champion, to manage the rising star’s career in motorsport and secure the required funding to fuel Evans progress towards his goals of racing at both the 24 Hours of LeMans and the Indianapolis 500.

About Andrew Evans – Andrew was the Pacific F2000 Series Champion, Rookie of the Year, “Drive of the Year”, and Runner-up at the SCCA National Championship Runoffs. Andrew began racing 8 and moved up to shifter karts at 12. He then took runner-up status as a “senior” in the DD2 shifter category in the Rotax Challenge of the America’s series. In 2013, at 15, Andrew drove with Lynx Racing, where he achieved multiple podium finishes in the Pacific Formula F1600 Championship. www.andrewevansracing.com

About Dominic Dobson – Dominic is a seven-time Indy 500 starter who has also raced at LeMans, Daytona, Sebring, and more recently, the Baja 1000 and Pikes Peak Hillclimb, winning the Unlimited Division and the “Rookie of the Year” Award. He was the 1986 CART “Rookie of the Year” and 1988 “Fastest Rookie in History” at the Indy 500. Dominic owns and manages Dobson Motorsport, LLC a collector car sales and management company based on Mercer Island, WA. www.dobsonmotorsport.com