Posted at 06:14h in Uncategorized by dominic
0 Likes 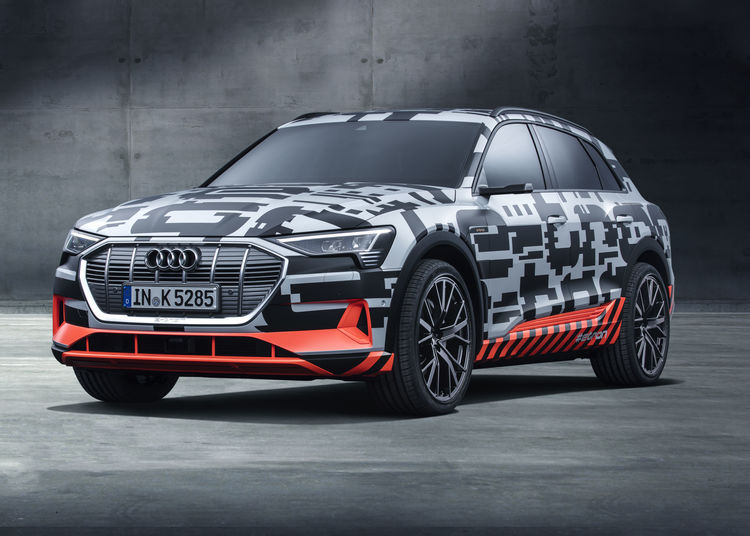 Audi has announced that on Sept 17 of this year, it will begin taking refundable $1,000 deposits on its all-new e-tron SUV. For those that didn’t know, that is also the same day the car is due to debut in San Francisco and when pricing is due to be released.

But that’s not all Audi has done. The German manufacturer has also released a teaser photo and more information about the much-anticipated SUV. For some, this has been seen as an attempt by Audi to keep prospective buyers to heel, giving them just enough that they don’t run off to another electric manufacturer like Tesla.

Perhaps it is also laying down the gauntlet to Tesla. By throwing up teaser info and opening up deposits, Audi could be trying to emulate the 450,000 reservations Tesla had when it released its Model 3 at the end of last year.

The trouble is, by not releasing any pricing data, Audi is asking customers to wait to put down a deposit on a car they have no clue how much it will cost. Many will be left wondering whether or not they can afford it. That being said, given Audi’s sterling reputation, it’s likely that production and delivery will be incredibly smooth when the e-tron does roll up the production line. Buyers can be confident that Audi won’t make them wait the two to four months it currently takes to order a Tesla.

When it comes to price, many are assuming the e-tron will be a fair bit more than the Model 3’s reasonable $35,000 base price. Audi, after all, has a pedigree for luxury cars and it wouldn’t be surprising if the e-tron was at least $10,000 more expensive. That being said, Tesla recently announced that only the more expensive models were in production at the moment and it would take at least nine months for the base level Model 3 to be available.

Whether you trust Audi with production or not, your chances of getting your hands on the all-new e-tron will be a heck of a lot better if you pay the refundable deposit. At least Audi is specifying the amount they are asking for. Jaguar is requesting customers tick a box for an unspecified deposit when they request updates on their new I-Pace.

We’ve covered the e-tron frequently over the past few months and we think it looks to be a fantastic car. If we were buying, we’d certainly be willing to shell out on the deposit for a chance to secure Audi’s first all-electric car.