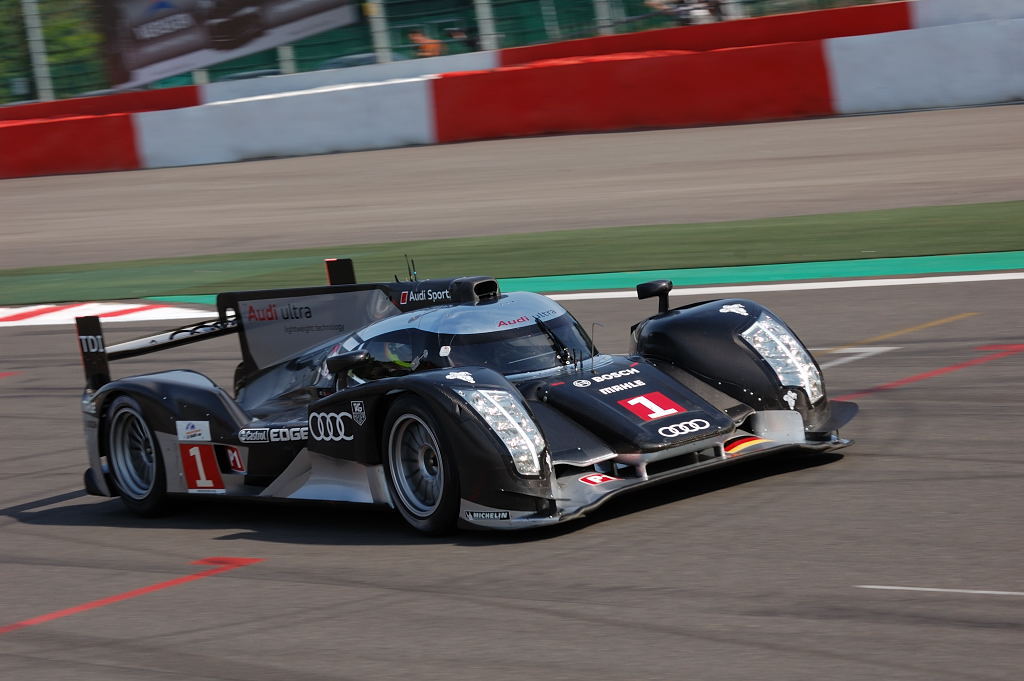 Posted at 17:50h in Uncategorized by dominic
0 Likes

We love racing at Gerber Motorsports. And there’s nothing we love more than seeing some of our favorite car manufacturers compete. Unfortunately, there’s one brand that we won’t see race again. It’s been two years since Audi ended their involvement in the World Endurance Championship. Time hasn’t healed this wound completely and we still wish that we could watch the four-ring brand tearing up the track. But perhaps looking back at Audi’s incredible success in this . most competitive of motorsport championships will ease the pain. In a campaign that saw the “Audi Sport Team Joest shape the WEC during this period like no other team”, Audi took on all comers and, more often than not, came out victorious. Here’s how there 18-year campaign went.

In their first season after establishing a partnership with Joest Racing, Audi achieved a podium finish in their competition debut at the 12-hour race in Sebring. Later that year, they came third at their debut at Le Mans. Both podiums were achieved with an Audi R8R.

Audi dominate the 2000 season. Returning to Sebring, the Audi R8 achieved a debut victory. Better still, Audi Sport Team Joest ruled Le Mans with a 1-2-3 finish. The team then went on to dominate in the US Le Mans series where Allan McNish won the Driver’s Championship, Audi won the Manufacturer’s Championship and Joest won the the Team’s Championship.

Audi Sport Team Joest won Le Mans yet again and also achieved second place on the podium using two different varieties of the Audi R8 prototype. It was another clean sweep in the American Le Mans series where the team won the Driver’s, Manufacturer’s and Team’s Championships.

A 1-2-3 finish was yet again achieved at Le Mans. This meant that Audi had won the legendary race three years in a row. This was the first time that it had been done while using the same three drivers. It was another clean sweep in the American series, too.

In what was effectively an off season for the team whilst Audi concentrated everything on developing a new DTM car for 2004, Joest racing yet again won the American Le Mans series Team Championship.

The efforts during the 2003 season to create an amazing DTM car were rewarded when Audi won the Manufacturer’s Championship at the 2004 DTM.

Audi kept the same DTM cars as last season and were the best performing out of the teams that did so.

Audi turned their attention back to Le Mans this season and achieved history. Audi Sports Team Joest were the first to win Le Mans with a diesel-powered sports car. The car was the R10 DTI. The same car won the Sebring 12 hour race and Audi yet again win the Manufacturer’s Championship in the US series.

24 Hours of Le Mans victory was achieved yet again by Audi Sports Team Joest in 2007, as was victory at the 12 hours of racing at Sebring.

Another season, another victory at Le Mans. Plus, in a team first, Audi Sports Team Joest won the European Le Mans series.

In somewhat of a subpar season for Audi, the team finished third on the podium at Le Mans. That was made up for at Sebring where the Audi R15 achieved a debut victory.

A revised Audi R15 enables the team to yet again achieve a 1-2-3 finish at Le Mans.

It was back to back victories for the e-tron Quattro at Le Mans. At the World Endurance Championships, Audi Sports Team Joest won the Manufacturer’s and Driver’s Championships. The Quattro followed up success at Le Mans by becoming the first hybrid car to win at Sebring.

It was a three peat for the e-tron Quattro at Le Mans with victory in 2014.