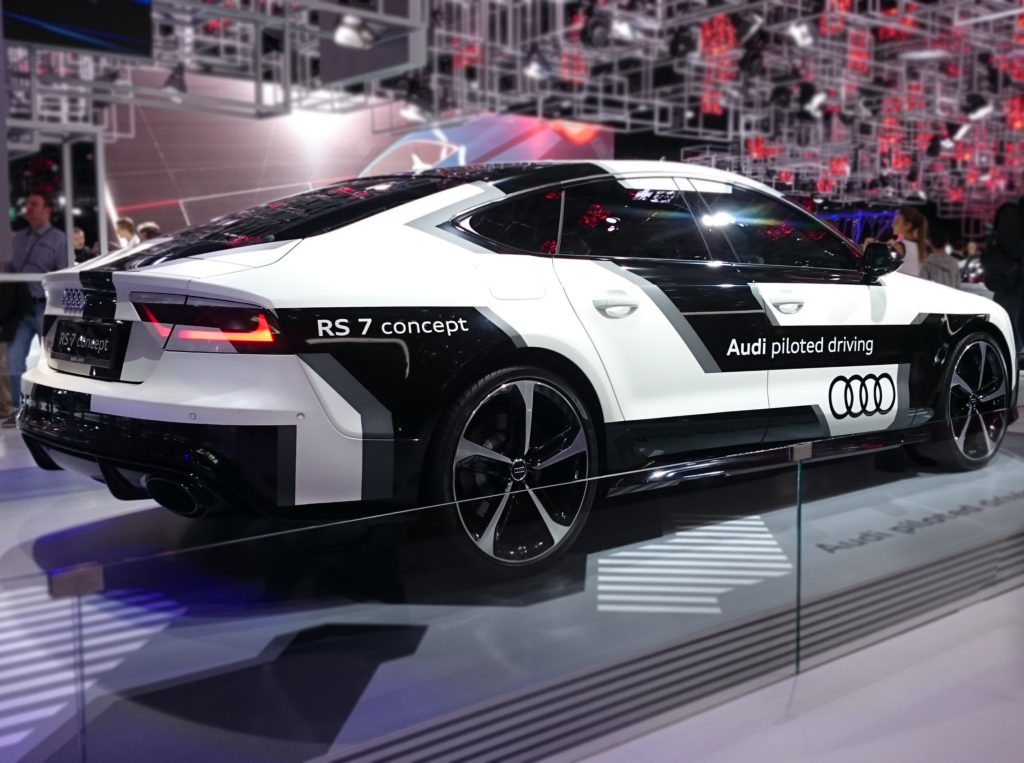 Posted at 12:44h in Uncategorized by dominic
0 Likes

Want an alluring vision of what an electric supercar might look like? Audi’s newly released PB18 E-tron might just be it. The name may seem strange, it is in reference to Pebble Beach, but that’s not the first thing you’ll notice about the concept—or even the second or third.

Perhaps the most prominent feature is the single middle seat that sits in the middle of the chassis. But there’s also the gigantic windshield, the exposed suspension, the eye-catching headlights, and the gorgeous angles. The PB18 can’t help but turn heads.

The concept car isn’t just a single seater, however. Hidden in the floor is a secret passenger seat that can be erected when the driver’s seat is slid to one side. The idea is simple. On public roads, you can have a two-seat sports car. But if you want to take the car on the track, you can turn it into a single-seat racer.

You might think that that means an enormous engine is located behind the driver’s seat. But that couldn’t be further from the truth. Instead, there is a 470-liter cargo bay where the driver can store any luggage they have—from suitcases to golf clubs.

That doesn’t mean the PB18 can’t go far or fast, however. The concept advertises a range of 310 miles on a single charge with an 800-volt fast charge that refills the battery in 15 minutes. The car can go from 0 to 100kmh in just two seconds. Unfortunately, Audi hasn’t disclosed a max speed. Power is provided by three motors, one at the front and two to the rear underneath the luggage compartment. All of them directly drive the wheels—which offer four-wheel drive.

All this is thanks to the weight of the PB18—or the lack of it. The car weighs just 3417lbs and that’s including the 95kWh battery. THis is due to a mix of aluminum, carbon fiber and composites.

Inside, the PB18 boasts a transparent OLED instrument panel. There is also a windshield that extends virtually to the ground, which allows the driver to see through their display, through the windshield and to the tarmac below. All interior controls, including the door, are touch activated.

It may just be a concept, but the PB18 offers a fantastic blueprint for electric supercars of the future. We’d love to see anything close to this roll off the production line in a few years time.