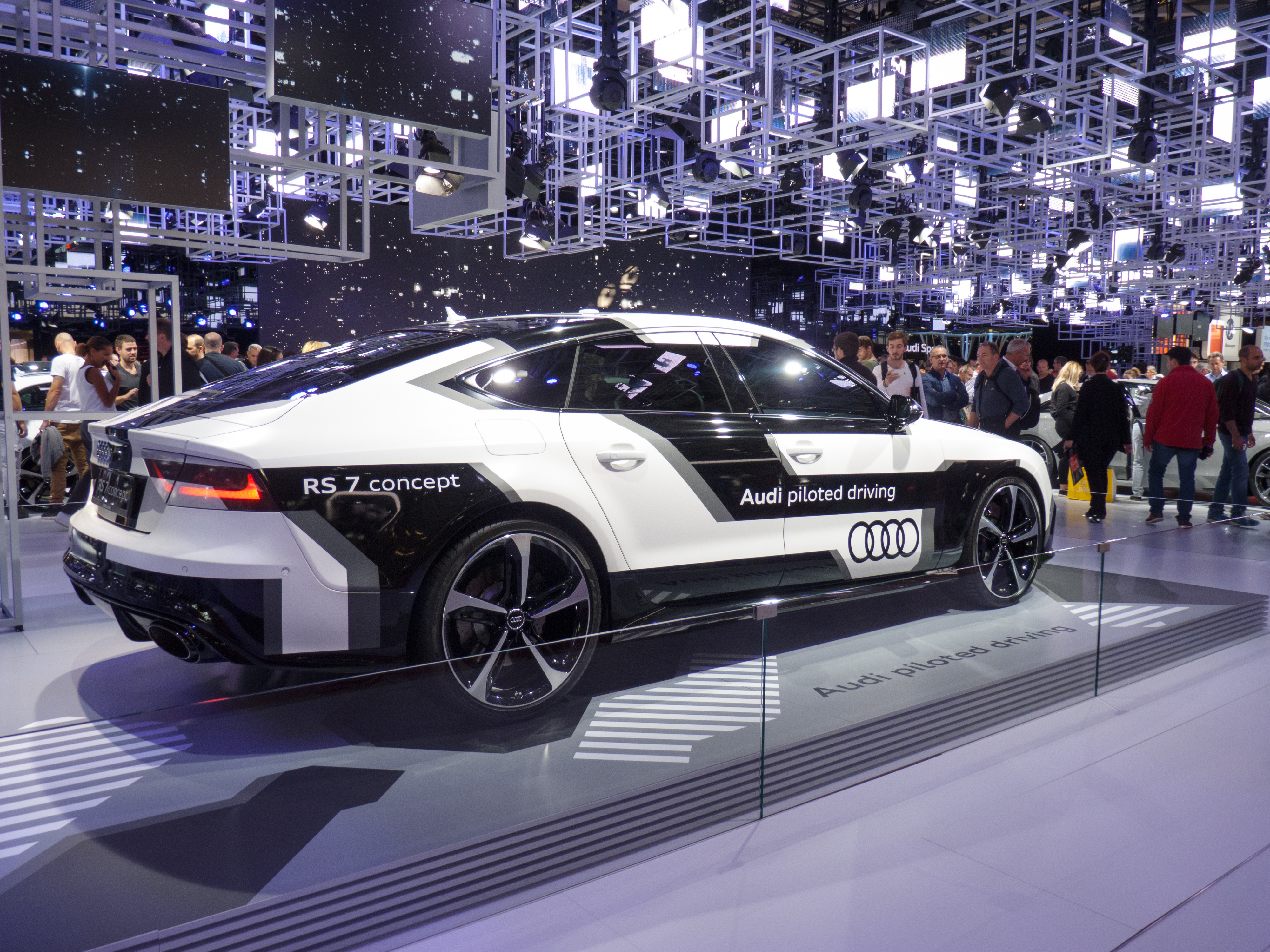 Posted at 14:46h in Uncategorized by dominic
0 Likes

At IAA 2017, Audi presented their vision for autonomous driving in the future. This involves a three step process that we will explore today. Step three (the first of the three) is already incorporated into the new Audi A8. Two concept cars also demonstrated step four and Audi explained their vision for step five. Here’s how it looks.

In accordance with international autonomous driving standards, the Audi A8 is the first mass produced car to be designed for conditional automated driving as standard. How does this work in practice? Well in a two or more lane highway where the directions of traffic are separated by a physical barrier, the Audi AI traffic jam pilot takes over driving in slow moving traffic up to 37 MPH. This includes everything from starting from a stationary position, acceleration and braking. Level 3 of autonomous driving means that the driver no longer has to monitor the car permanently and can use the infotainment system for other activities.

The next state is level 4 automated driving, which means the car can learn and think for itself allowing it to drive at speeds of up to 80 MPH and change lanes automatically. Audi demonstrated this technology at IAA in the form of a concept SUV coupe based on the Audi e-tron Sportback Concept. A range of Audi AI technologies in the car give the driver greater freedom than ever before. The technologies network with the cloud and other vehicles, which allow them to learn and think on behalf of the driver.

The concept for level 5

The second concept car shown at IAA showed the future of autonomous driving at level 5. At this level, drivers no longer have to concentrate on the road and passengers can use the time for something unrelated to driving. As a result, the concept shown combined several new technologies in the areas of connectivity, operations and communication to make a safe and intelligent journey possible. The concept was powered by four electric motors with a range between 435 and 497 miles.

Your car may not be ready to drive itself to us at Gerber Motors for essential maintenance and repair work, but that doesn’t stop you bringing in your Audi to the area’s leaders in European car repairs and servicing. If you can one day trust your car to drive you from A to B without touching the steering wheel, you can trust us to service your Audi as if it were one of our own.