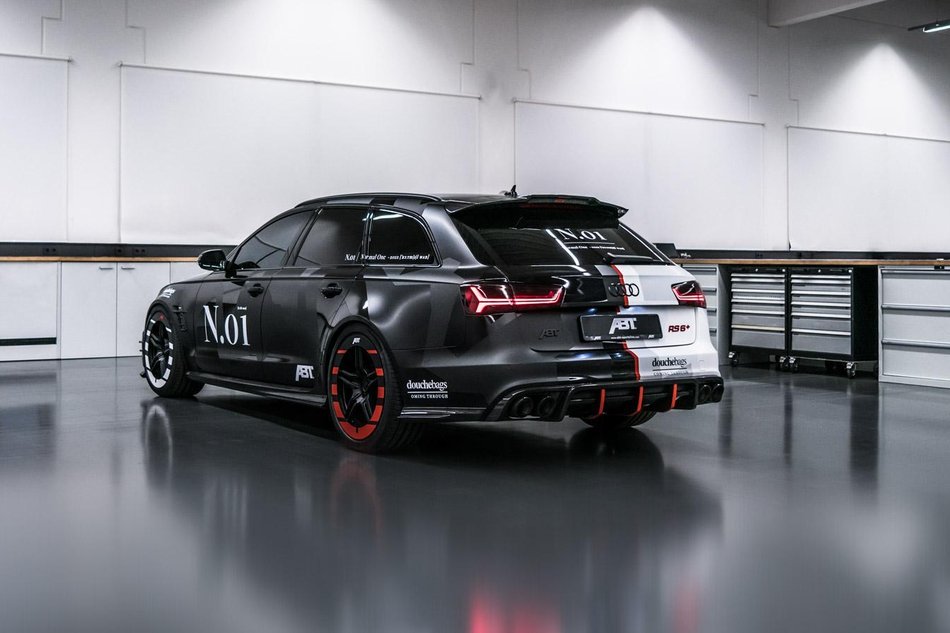 Posted at 17:51h in Uncategorized by dominic
0 Likes

We’re huge fans of custom car jobs here at Gerber Motorsport. As experts at Porsche and Audi tuning, repair and maintenance, we can certainly appreciate the time and effort that goes into these builds. Today we’re going to look at one of the most exciting and out-there Audi custom jobs we have ever seen—the Audi RS6+ of skier Jon Olsson.

Jon Olsson may be an unbelievable skier, but he is as big a petrolhead as anyone on the planet. And he’s famed for using a variety of exotic rides to get him to the slope, a Gallardo and an R8 to name two. But now, in what he’s dubbed Project Phoenix (his last car was stolen and set alight) he’s taken his new RS6 to the world famous German Tuning house, ABT. Olssons’s car is based on ABT Sportline’s “normal” RS6+, which is limited to 50 vehicles. But they’ve gone above and beyond to deliver something truly unique. Here’s what they’ve done.

The ABT team totally revved up the engine on the RS6. Starting at a factory setting of 560 BHP, they beefed it up to 730 BHP total. There’s also change at the back end of the car where a very special sports exhaust system turns the RS6’s 4.0L twin-turbo V8 engine from a growl into a howl. What makes this even better is the fact that the entire exhaust system was built with manual labor.

The first thing you notice about this Audi is its unique look. Olsson wanted to make a statement with the vehicle’s exterior. So, as well as adding on ABT’s bodykit, Olsson took his usual snow camouflage to new extremes. In a split camo design, Olsson’s driver side is black, while his passenger’s side is white.

Don’t let the camouflage fool you, however. There’s plenty of extra additions to the exterior of the Audi that make it stand out. A whole carbon body kit has been added which includes a front lip, front skirt add ons, wheel arch vents, side skirt add ons, mirror covers, and a rear spoiler. But that’s not all. The windows are also tinted and the headlights have been darkened to complete the “Olsson look”. The entire look is finished off with one-of-a-kind rims. They are the first prototype of the ABT Aero Wheel, which were built specially for Olsson.

Tuning and performance upgrades from Gerber

While tuning like this is best left to world class tuning houses like ABT, Gerber are here increase the performance of your Audi or Porsche. Our team of mechanics are some of the best in the area and can give your car a makeover and have it purring like never before. To find out what we can do for your supercar, get in touch today.